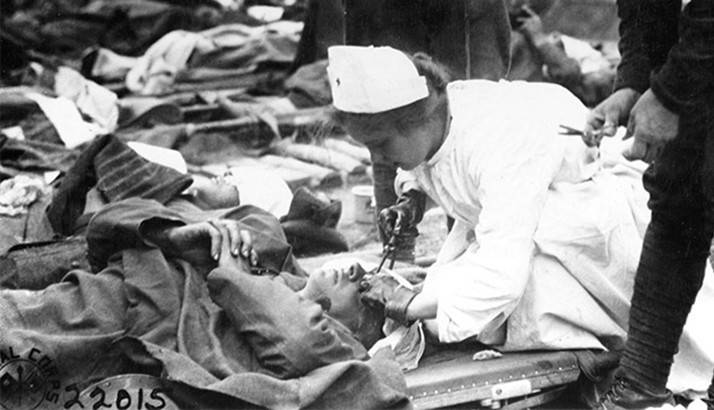 A Red Cross nurse in a field hospital in France ensures her patient has clean bandages.

The Red Cross mobilized in support of the U.S. military, our Allies and civilian victims of World War II. We enrolled more than 104,000 nurses for military service, prepared 27 million packages for prisoners of war, shipped more than 300,000 tons of supplies, and collected 13.3 million pints of blood for the armed forces. In nearly every American family, someone was a Red Cross volunteer, donor or blood donor, or received Red Cross services.

The Red Cross collected millions of pints of blood for the armed forces. 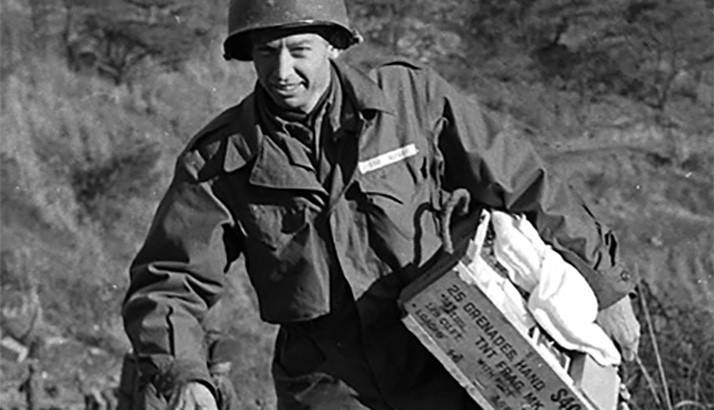 Between 1965 and 1972, American Red Cross field directors, hospital personnel and recreation workers (“Donut Dollies”) served on military bases and in military hospitals and hospital ships throughout Southeast Asia. The Red Cross provided recreation activities for service members while facilitating more than 2 million emergency communications between service members and their families