Posted on 02, 05,02, 05, by Americaoncoffee
Profiles of Various Dumpsites Throughout Nicaragua 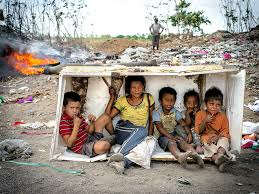 This page and (essentially this website) acts as an archive of dumpsites throughout Nicaragua. Though they are all not shown below, a majority of the dumpsites in Nicaragua are illustrated here. Please note that the scenario surrounding dumpsites are in constant change. The basis of a story reported can change year to year, but the consistency is that the circular karma of open and unregulated trash dumps are almost inevitably do to repeat itself…unless people make a true and constant effort to change this.

Here are a quick profile about each location:

NUEVA VIDA dumpsite in Ciudad Sandino: Thousands of people lost their homes because of Hurricane Mitch flooded out their homes. This was generally all poor areas surrounding Managua Lake. They are relocated to a place to be known as Nueva Vida (New Life). Here they have come accustomed to recycling from the unregulated dumpsite next door. There you will find no supervision, burning trash, and children sharing the same area as a peanut farm.

MASAYA dumpsite is a pretty large site of tall piles of trash with catacomb like paths in between. At the time I photographed there were lots of children working. Since then the mayor’s office banned children form the dump. In my last visit, there was not one child to be found. This is certainly a positive change and made me think about the possibilities to stop children from entering dumps is to work with the local mayors office of the respective dumpsites areas.

Chichigulpa is an open dump where I found many ex-sugarcane workers. Many men in this area work with the sugarcane industry. They work long hours in extreme hot weather for very little pay. The result is that they develop a condition known as Chronic Kidney Disease. People who are tested positive for this illness lose their jobs. Now being unable to work and extremely ill, men travel long distances to recycle garbage in place this this.

Jinotega has a “temporary” dumping ground that is the edge of a cliff. Truck dump garbage off the edge and the heavy winds carry the garbage all over. Families, including children, climb down the cliff to recycle. This has attracted a squatting shanty community attached ti it nearby.

Susuma dumpsite is located in Matagalpa. It is one of two open, unregulated sites. An interesting story I heard from the people here is that hospitals were dumping placentas and dead babies here. the local informal workers at the dump reported this and after the hospitals were required to burn all unwarned biological waste. This was happening for a period of time, but then it broke down and there was no funding to repair it and reports say they toss it off the cliff now.

Chinandega dumpsite is adjacent to a cemetery. There is a poor community living next door that work there. They are in a low water stream area from a volcano. People go to the stream that runs alongside the dump in search for gold flakes.

El Relleno dumpsite in Leon had a simple sorting plant, but the trash had caught fire and burned away everything with it, including the plant and the huge field of trash.

Esteli dumpsites has a community living and working in the area. Many people camp out in the dump in little tents made with a blanket and two sticks in order to have first pick of the trash in the morning. There are a lot of horses in the this dump.

La Chureca is Managua’s main trash dump. It went from unregulated, to regulated, to semi-regulated. In 1972, an earthquake destroyed 80% of the city and 250,000 people were suddenly homeless. The rumble from the disaster was brought to a farmland that soon became a dumpsite. People migrated to the dump to make homes from the left over material and rumble. As it became the city’s main municipal dumping ground, people found work through recycling. It is hard to find work in Nicaragua and many people migrated there for this reason. The population grew to 1800 people and the situation got out of control. The dump became 4.5 square miles big and families all lived inside the dump. 5 years ago, the families were taken out of the dump and given homes. The dump was covered up and a wall was created to keep people out. They also made a sorting plant to provide jobs. There was at this time another hurricane and thousands of people were displaced. So the village that was created for the people of La Chureca share the town, known as Villa Guadalupe, with the hurricane victims bring the population to around 3500. Now many continue to be jobless and climb the wall to continue working in the dump. The sorting plant can not handle all of the trash that comes in and the plant is over budget by 75% while La Chureca slowly grows with informal workers. It is reported that there are between 500-1000 people informally working again in La Chureca.

Juajuali Arriba is the local nickname for the second dumpsite of Matagulpa.

Camoapa Dumpsite is another open dumpsite where trash is thrown there. There are a few shanty houses living just by that work at the dumpsite. 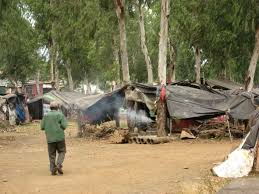