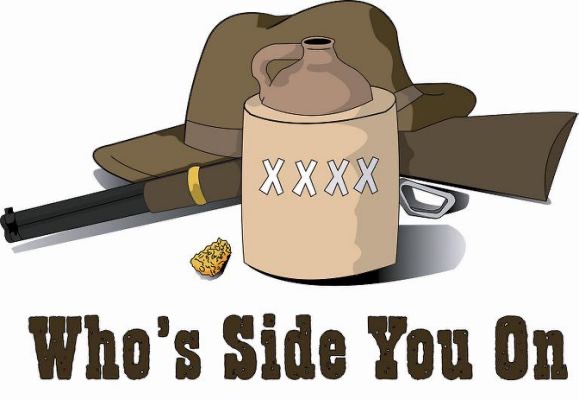 OR WHOSE SIDE WERE YOU ON….?

How can we forget the legendary comical Appalachian mountaineer, cousins-kinfolks hillbilly battle that was seen on circulars, in quirky comic prints, cartoons and on tv as snipers who set booby traps against each other. The feud was made humorous but the rivalry was serious and deadly.

Some believed the kinfolk feud was about haves vs have nots and moonshine. Others believe the feuding resulted from the Civil war’s divide of the union. Within the feuding their was much hate and vengeance, in fact, the two families kidnapped and murdered one another.

Their hillbilly feud led to a series of 19th century, post war, police and judicial actions.

After the Civil War, the world continued to struggle through more wars, then social changes and modernization.

Whatever happened to the Hatfields and the McCoys?

That saying about time heals all wounds maybe true because the 1860’s through 1870’s Hatfield’s and McCoys feud that had become well-known all over the country and throughout the world, went into a long silence.

Hatfield’s and McCoys are believed to have made a peaceful truce, settling their historic feud differences, favorably.

And what I find amusing is that today the Hatfields and the McCoys are in business together. —-> Continue read here: Learn about the wealth of once quarreling hillbillies .