Judges claim immunity to lawsuits for acts of corruption 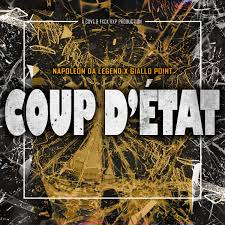 Some Fourth Judicial District Court judges, who face claims for damages in a lawsuit filed in federal court by their peer Judge Sharon Marchman, filed pleadings Monday arguing they cannot be sued for acts of corruption or malice.

Those four judges are just a few of a handful of defendants who Marchman claimed violated her constitutional rights when she tried to expose the defendants’ concerted efforts to cover up law clerk Allyson Campbell’s alleged payroll fraud and document destruction.

In her lawsuit filed April 19 in U.S. District Court for the Western District of Louisiana, Marchman is seeking damages from the judges, Campbell, their attorneys as well as from former Attorney General Buddy Caldwell.

Many of the same defendants also were sued by Monroe businessman Stanley Palowsky III in Fourth Judicial District Court. Palowsky’s July 2015 lawsuit against Campbell and the judges detailed many of the same allegations that appeared in Marchman’s lawsuit. Marchman is represented in her federal lawsuit by attorneys Sedric Banks of Monroe and Joe Ward of Covington, who also represent Palowsky in his district court litigation.

“It is from this diseased root system of a state court action that Plaintiff Judge Marchman’s civil rights’ lawsuit arises, with even the same gardeners, in the form of Mr. Palowsky’s own attorneys seeking to tend the same noxious vines in this federal action,” stated a proposed memorandum filed Monday by the four defendant judges in U.S. District Court.

As of Tuesday afternoon, the four defendant judges were awaiting approval of their proposed memorandum since it exceeded the page count requirements under federal court guidelines.

In their proposed memorandum, the four defendant judges urged U.S. District Court Judge Maurice Hicks Jr. to follow the example of ad hoc Judge Jerry Barbera, of Thibodeaux, who dismissed Palowsky’s lawsuit against Campbell and the judges in November 2015 on the grounds of judicial immunity. At that time, Barbera ruled that judges and law clerks were shielded from lawsuits — even if they committed criminal acts — because they performed a necessary judicial function.

“However, acts of corruption or malice, even if true, do not affect absolute judicial immunity,” the judges added.

The defendant judges argued further that a U.S. District Court judge must set “all its experience and common sense aside (to) find some viable constitutional claim” in Marchman’s lawsuit. If that happened, the judges were still protected under judicial immunity, they argued.