New Deal for a Depression That’s Getting Old

Shortly after taking office in 1932, Roosevelt announced the “3 Rs” of the New Deal program to the American people—it was a package deal of relief, recovery, and reform. Just what the doctor ordered.

In the field of relief, the New Deal proved to be highly successful. Millions of Americans, unable to find work in an economy that was still badly broken four years into the Great Depression, might have literally starved to death if not for the government checks they earned by working for new agencies like the Civilian Conservation Corps and the Works Progress Administration.

But in retrospect, it’s kind of an obvious solution: if the private sector isn’t making jobs, maybe the government should.

In terms of reform, the New Deal legacy may have been unmatched in American history. For better or worse, Roosevelt’s program drastically altered the relationship between the capitalist market, the people, and their government, creating for the first time in this country’s history, an activist state committed to providing individual citizens with a measure of security against the unpredictable turns of the market.

Some believe this vast enlargement of the government’s role in American society helped the country’s long-run prospects. Others think we should allow the free market decide who starves. In any case, it remains a question of great political controversy to this day, but there can be no denying the magnitude of change wrought by FDR’s presidency.

But when it came to recovery, the New Deal’s performance lagged. It was certainly successful in both short-term relief, and in implementing long-term structural reform. However, as Roosevelt’s political enemies fought him, the New Deal failed to end the Great Depression. Throughout the decade of the 1930s, unemployment remained brutally high, while economic growth remained painfully slow.

Recovery only came about, at last, in Roosevelt’s third term, when the heavy demands of mobilization for World War IIfinally restored the country to full employment, in essence by doing exactly what the New Deal had been attempting: providing government-created jobs.

Ironically, then, Adolf Hitler probably did more to end the Great Depression in America than Franklin Roosevelt did. Yikes.

Still, despite failing in its most important objective, the New Deal forever changed the country. Roosevelt built a dominant new political coalition, creating a Democratic majority that lasted for half a century. The structural stability and social security provided by the New Deal’s reforms underlay a postwar economic boom that many historians and economists have described as the “golden age of American capitalism.”

And Roosevelt permanently changed the American people’s expectations of their presidents and their government, by actually, you know, doing stuff. Fortunately for later presidents, this expectation has since been rescinded.

The New Deal was the set of federal programs launched by President Franklin D. Roosevelt after taking office in 1933, in response to the calamity of the Great Depression, and lasting until American entry into the Second World War in 1942. It had four major goals and achievements:

•Economic Recovery: The New Deal stabilized the banks and cleaned up the financial mess left over from the Stock Market crash of 1929.  It stabilized prices for industry and agriculture and aided bankrupt state and local governments.  Most of all, it injected a huge amount of federal spending to bolster aggregate incomes and demand. 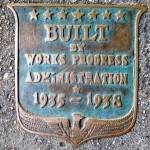 •Job Creation: One in four Americans was out of work by 1933, after four years of depression.  The New Deal created a multitude of agencies to provide jobs for millions of workers and paid wages that saved millions of destitute families. It also recognized the rights of workers to organize in unions.

•Investment in Public Works:  The New Deal built hundreds of thousands of highways, bridges, hospitals, schools, theaters, libraries, city halls, homes, post offices, airports, and parks across America.  These investments helped underwrite postwar prosperity and most of the New Deal infrastructure is still in use today.

•Civic Uplift:  The New Deal touched every state, city, and town, improving the lives of ordinary people and reshaping the public sphere.  New Dealers and the men and women who worked on New Deal programs believed they were not only serving their families and communities, but building the foundation for a great and caring society. 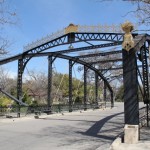 In less than a decade, the New Deal changed the face of America and laid the foundation for success in World War II and the prosperity of the postwar era – the greatest and fairest epoch in American history.  Most of all, the New Deal inspired a civic, cultural, and economic renaissance. But the New Deal is fading from collective memory—a casualty of time, neglect, and politics.  The Living New Deal is making visible that enduring legacy.

One of the ways we are doing that is to create brief introductions to New Deal laws and programs, a year-by-year timeline of New Deal legislation and events, and short bios of major New Deal figures.

To find out more, use the pull down menu or click on the following:

For a further introduction, see the New Deal in Brief by Richard Walker (2011).

For a more complete overview, see R. Walker & G. Brechin, The Living New Deal: the Unsung Benefits of the New Deal for the United States and California (2010)