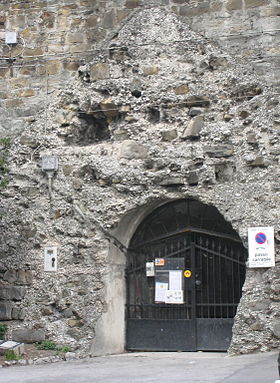 Air-raid shelters, also known as bomb shelters, are structures for the protection of non-combatants as well as combatants against enemy attacks from the air. They are similar to bunkers in many regards, although they are not designed to defend against ground attack (but many have been successfully used as defensive structures in such situations).

Prior to World War II, in May 1924, an Air Raid Precautions Committee was set up in the United Kingdom. For years, little progress was made with shelters because of the apparently irreconcilable conflict between the need to send the public underground for shelter and the need to keep them above ground for protection against gas attacks. In February 1936 the Home Secretary appointed a technical Committee on Structural Precautions against Air Attack.

By November 1937, there had only been slow progress, because of a serious lack of data on which to base any design recommendations, and the Committee proposed that the Home Office should have its own department for research into structural precautions, rather than relying on research work done by the Bombing Test Committee to support the development of bomb design and strategy. This proposal was eventually implemented in January 1939.

During the Munich crisis, local authorities dug trenches to provide shelter. After the crisis, the British Government decided to make these a permanent feature, with a standard design of precast concrete trench lining. Unfortunately these turned out to perform very poorly. They also decided to issue free to poorer households the Anderson shelter, and to provide steel props to create shelters in suitable basements. Wikipedia

Several different types of air raid shelters were used by the people of Britain during the Blitz of World War 2. Some of these shelters made use of structures and underground spaces which already existed, and some of the shelters were constructed from scratch.

Here are some details about some of the different types.

Railway Arches and the Underground

Other Tunnels and Caves

Throughout Britain during the Blitz, people were making use of any underground spaces as a means of sheltering from the German bombs. Naturally forming caves and tunnels under castles, palaces and other historical buildings were frequently used.

Click the link to find out more facts about Anderson Shelters.

Click the link to find out more facts about Morrison Shelters.