Robert Chambers earned the nickname the “Preppy Killer” in 1986 when he was convicted of murdering Jennifer Levin in a sensational New York case that some lambasted as victim shaming.

AMC has been running a five-part documentary called “The Preppy Murder: Death in Central Park.” That has a lot of people wondering what happened to Chambers. Where is he today in 2019?

Chambers is behind bars, but it’s not for Levin’s death, and he’s due to be released from prison in a couple years. The case sparked lurid tabloid headlines at the time because of claims of rough sex, Chambers’ handsome looks, and his prep school background. 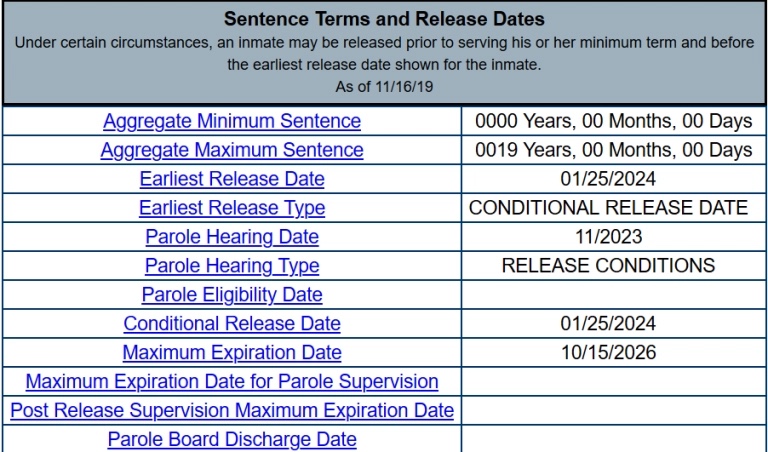 According to the Associated Press, Jennifer Levin died from “from pressure applied to her throat for at least 20 seconds.” Her body bore the signs of bruises and bite marks. Chambers had been seen leaving an establishment with Levin. In a confession, Chambers told police, according to Oxygen: “I couldn’t take it anymore and I managed to get my left hand free, so I kind of sat up a little and just grabbed at her. I just grabbed her neck as hard as I could and she just flipped over me and landed right next to the tree, and then she didn’t move.”

Here’s what you need to know:

In February 2003, The New York Times reported that Chambers was being released from prison for his conviction in Levin’s murder after serving the maximum prison term under the sentence he received. That was 16 years after Levin, 18, died at Chambers’ hand after a night of drinking and, as The Times put it, a “tryst in Central Park” with Chambers. Levin was strangled to death in the park, according to Reuters.

There was no question that Chambers killed Levin. He admitted he did it. He pleaded guilty to a manslaughter charge two years after Levin’s death. But he insisted, according to The Times, that the death was accidental and occurred “after she hurt his genitals during rough sex.” Fueling the tabloid headlines, Chambers was seen on video twisting “the head off a doll” in what the Times called “an apparent parody of his crime.”

However, he was in trouble again soon.

A year after his release, Chambers was accused of misdemeanor heroin possession and unlicensed driving, charges for which he received a 100-day jail term.

In 2007, The Associated Press reported, Chambers’ girlfriend, a woman named Shawn Kovell, admitted she and Chambers sold drugs to an undercover cop. Chambers was 41 years old at the time.

The following year, Chambers entered a plea deal for which he received 19 years and four months in prison for the drug accusations as well as assault, Reuters reported, adding that the latter charge involved an assault on a police officer during his arrest.

Those are the offenses that he’s still serving time for and will be until at least 2024.