Monasticism is the religious practice of living apart from the world, usually secluded in a community of like-minded people, to avoid sin and grow closer to God.

The term comes from the Greek word monachos, which means a solitary person. Monks are of two types: eremitical, or solitary figures; and cenobitic, those who live in a family or community arrangement.

Christian monasticism got its start in Egypt and North Africa about 270 AD, with the desert fathers, hermits who went into the wilderness and gave up food and water to avoid temptation. One of the earliest recorded solitary monks was Abba Antony (251-356), who retreated to a ruined fort to pray and meditate. Abba Pacomias (292-346) of Egypt is regarded as the founder of the cenobitic or community monasteries.

In early monastic communities, each monk prayed, fasted, and worked on his own, but that began to change when Augustine (354-430), bishop of Hippo in North Africa, wrote a rule, or set of directions for the monks and nuns in his jurisdiction.

Go hear for the full article

9,000 BC – Biblically known as the walls of Jericho

Seen glittering in the distance from the banks of the River Jordan, Jericho is likely the oldest city in the world. Archaeologists have uncovered the remains of 20 successive settlements, dating back 11,000 years, although it should be said that the city was abandoned for great periods in between. 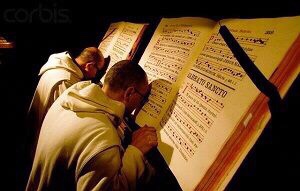 Castles of the world